Located in the northwestern part of Seattle, Ballard is historically known as an industrial neighborhood with fishing, shipping and manufacturing roots.  In its early years, the neighborhood attracted many people from Scandinavian countries, and now celebrates its rich Nordic culture which is ever present in annual festivals, as well as in the Nordic Heritage Museum located on Market Street.

Through the years, Ballard has transformed itself into a contemporary waterfront neighborhood with trendy restaurants, bars, craft breweries and live music venues all located around the historic district of "Old Ballard." Just a short walk south and you'll see one of Seattle's top tourist attractions, the Ballard Locks, which transfers record numbers of boat traffic in and out of Lake Union. From there, you can enjoy views of iconic Salmon Bay.

Homes in Ballard range from one-bedroom apartments to modern, new townhomes. South of NW 65th Street, you will find mostly large and small apartment buildings and townhomes, whereas north of 65th there are more traditional Seattle homes such as Tudors, craftsmen and cottage style bungalows. Due to the popularity of this neighborhood, a number of NW contemporary new construction homes and townhomes are also being built.

Welcome to the Vik! An adorable home in the middle of everything Ballard, yet located on the quiet, north side of the building. This bright, open, & modern living space h...

Effortlessly chic, perfectly situated & 4-Star Built Green - this townhome truly has it all! Tasteful details can be found at every turn in this beautifully modern Ballar...

This is the in city retreat you've been waiting for! Prime location, character, and style. This truly feels like a free standing home with all the modern conveniences of...

Invest in yourself w/one of these masterfully crafted 2 bed 2 bath homes steps from downtown Ballard! Varied floor plans to choose from w/well-considered layouts that cre...

Spacious townhome with lots of natural light and space. Both entry level bedrooms are generously sized and share a full bath. Living room and kitchen on the main floor wi...

1960s mid-century home nestled in Sunset Hill truly lives up to its name! Hitting the market for the first time, on a quiet cul-de-sac mins from downtown Ballard, this we...

Charming, well laid out Townhome in a convenient north Ballard location. Take a look at this 3 bedroom end unit and you'll be impressed with the flow and great spaces. Ne...

Seller to credit $3,745 to your closing costs on this beautiful Ballard move-in ready home! Hang out in the sweet flower-filled front yard with patio lights. Bright white...

Welcome to this sophisticated modern townhome in the heart of Ballard. Enjoy peace & serenity while living just a block away from Market Street's vibrant shops and restau...

LET THERE BE LIGHT! Wake up to beautiful light everyday and grab a coffee just steps away from Café Fiore in this home featuring an open layout, nicely-sized rooms, bath ...

Come see a Ballard original! This classic Seattle home has room for everyone and is located around the corner from some of Ballard’s trendiest shops and restaurants. Pizz...

Your rare opportunity to own one of the most unique custom built homes in Ballard with the perfect mix of luxury & modern functionality. Ready to entertain with an open c...

Beautiful condo located within 4 miles from the Space needle and just blocks from downtown Ballard, waterfront, and all the specialty restaurants! 9am-9pm concierge. Cour...

Urban homes with attention to detail! Upon entering you will notice the cool tones and accents that highlight this well designed light-filled home. Galley kitchen with pl...

Cool condo in the heart of Ballard at Canal Station, just a block to downtown Ballard, the farmer's market and all neighborhood amenities! This private + unique quiet uni...

Experience the romance of this 1904 Victorian home in the heart of Ballard. Situated on a corner lot w/stunning wraparound porch & surrounded by a picket fence speckled w...

Unique opportunity to own this amazing Ballard duplex and bring it back to its original beauty. Main unit has 3bd/1bth w/hardwood floors, spacious living room and bedro...

This charming 1 bed 1 bath condominium in the heart of Ballard includes modern updates, a bright and open floor plan, and designer touches. Other features include: quartz...

Exquisite duplex in the heart of Ballard. New paint inside and out, carpet, lighting, countertops, appliances and more! Spacious backyard. Hydronic heating. One car garag...

Rare opportunity in the heart of Ballard! Beautifully upgraded, this impeccable 4 bed, 4 bath home boasts an ADU on the lower level, perfect for rental income or separate...

Oleana is an urban village of 6 rowhomes in a well-located, Ballard location close to restaurants, shops + services. Enjoy a modern aesthetic and close-knit sense of comm...

Courtesy of The Preview Group

Listing courtesy of The Preview Group.

A great value-add apartment investment opportunity in Ballard. On top of existing cash flow, value to be added improving operations can be improved, raising rents to mark...

Top of the world with views of the Olympic Mountains and Puget Sound, close to the entrance to Ballard Locks at Shilshole Bay. This lovingly maintained West facing top f...

A place to call home, smaller building with great neighbors only 5 units in the community. Great location convenient to all that Ballard and the sound has to offer. Brig...

Looking for commercial space? Here’s a great opportunity situated just blocks from all that the Ballard community has to offer with it’s great shops, restaurants, and ni...

Excellent investment opportunity, property is in great shape and been very well cared for. All units are fully leased with no vacancies. First time on the market in ove...

A very RARE opportunity to own a Live/Work condo in the heart of Ballard; they're all the rage now! A fantastic investment--own commercial real estate, operate a business...

A very RARE opportunity to own a Live/Work condo in the heart of Ballard; they're all the rage now! A fantastic investment--own commercial real estate that you could pote...

Short plat complete, can sell this lot individually or buy with adjacent lot. Both 549K

Short plat complete, can sell this lot individually or buy with adjacent lot. Both 549K

Well located retail building on the corner of 63rd and 24th in the heart of the quickly growing Ballard neighborhood. The property consists of well known retail tenants i...

The database information herein is provided from and copyrighted by the Northwest Multiple Listing Service (NWMLS). NWMLS data may not be reproduced or redistributed and is only for people viewing this site. All information provided is deemed reliable but is not guaranteed and should be independently verified. All properties are subject to prior sale or withdrawal. All rights are reserved by copyright.
Like or Share
Loading likes... 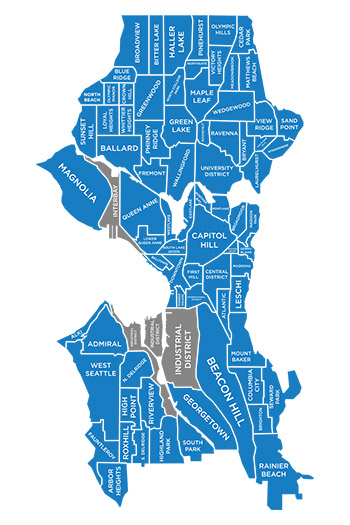 Need to Get Pre-Approved?

Stay Up-To-Date on Home Prices Near You